Find anything you need

You have %itemCount% in your cart.
Total being %total% Quality of sleep is important, and as such, finding ways to improve it is always welcome. Here are the top five homemade bedtime teas to help you sleep better, which you can make now using ingredients from the grocery store.

Chamomile Rooibos Tea for One

Studies have shown that chamomile significantly improves sleep quality, and naturally caffeine-free rooibos tea relaxes the body. If you can’t find chamomile flowers at the store, you can cut open a chamomile tea bag instead.


Combine one-half teaspoon each of rooibos, chamomile, and peppermint. Steep in two cups of boiling water for about five minutes.

Banana Tea for One

Potassium promotes sleep as well as tryptophan, the compound that makes you want a nap after a big turkey dinner. This unique sleepy time tea will have you drifting off in no time.


Bring two cups of water to a boil in a small saucepan and reduce the heat to a simmer. Cut off the ends of one ripe banana and gently lower the whole thing, peel and all, into the pot. Let it steep for about ten minutes, remove the banana, and enjoy.

Lavender reduces stress and anxiety and improves sleep quality. Adding lavender to an already soothing chamomile tea makes a powerful antidote to insomnia. If your neighborhood grocery doesn’t carry dried lavender flowers, you can get them from your nearest natural foods store.


Bring roughly five cups of water to a boil in a medium-to-large saucepan, then reduce heat to the lowest possible setting. Wait until all bubbling stops, then add about three tablespoons of chamomile and one tablespoon each of lavender and lemon balm. Steep on the stovetop for about 15 minutes. Strain and serve.

Turmeric, also known as curcumin, is a powerful ingredient with a wide range of physical and mental medicinal effects. It makes a delicious and healthy addition to this creamy chamomile concoction.


Boil about 16 ounces of water on a stovetop, then reduce heat to a simmer. Add two tablespoons of chamomile and allow it to steep for up to five minutes, then strain. Stir in a half teaspoon of turmeric and a quarter teaspoon each of cinnamon and ginger.

Add a cup and a half of milk or plant milk and a spoonful of coconut oil for texture. Sweeten with honey and add a pinch of black pepper for a delightful flavor contrast.

Cinnamon Sleep Tonic for a Crowd

Cinnamon has been shown to relax the blood vessels and reduce blood pressure. This spicy tea that you can prepare ahead of time warms you to the core, soothing you to sleep before you know it.


Boil 10 cups of water in a large pot. Reduce heat to a simmer. Add three cinnamon sticks, 15 bay leaves, and a tablespoon each of all-spice berries and cloves. Throw in a couple of peppercorns and a two-inch piece of ginger cut into small pieces. Steep for three hours, strain, and enjoy.

Relieves your knee pain or your money back (90-day guarantee). 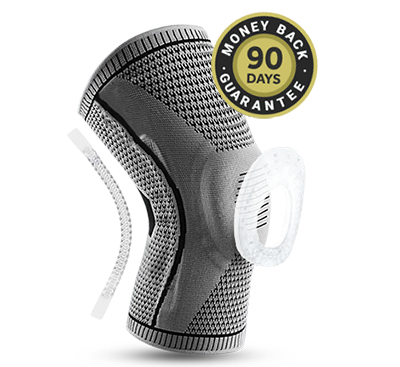 It keeps you moving WITHOUT pain.